The main change in this update is that now you are able to select your enemy in most maps. 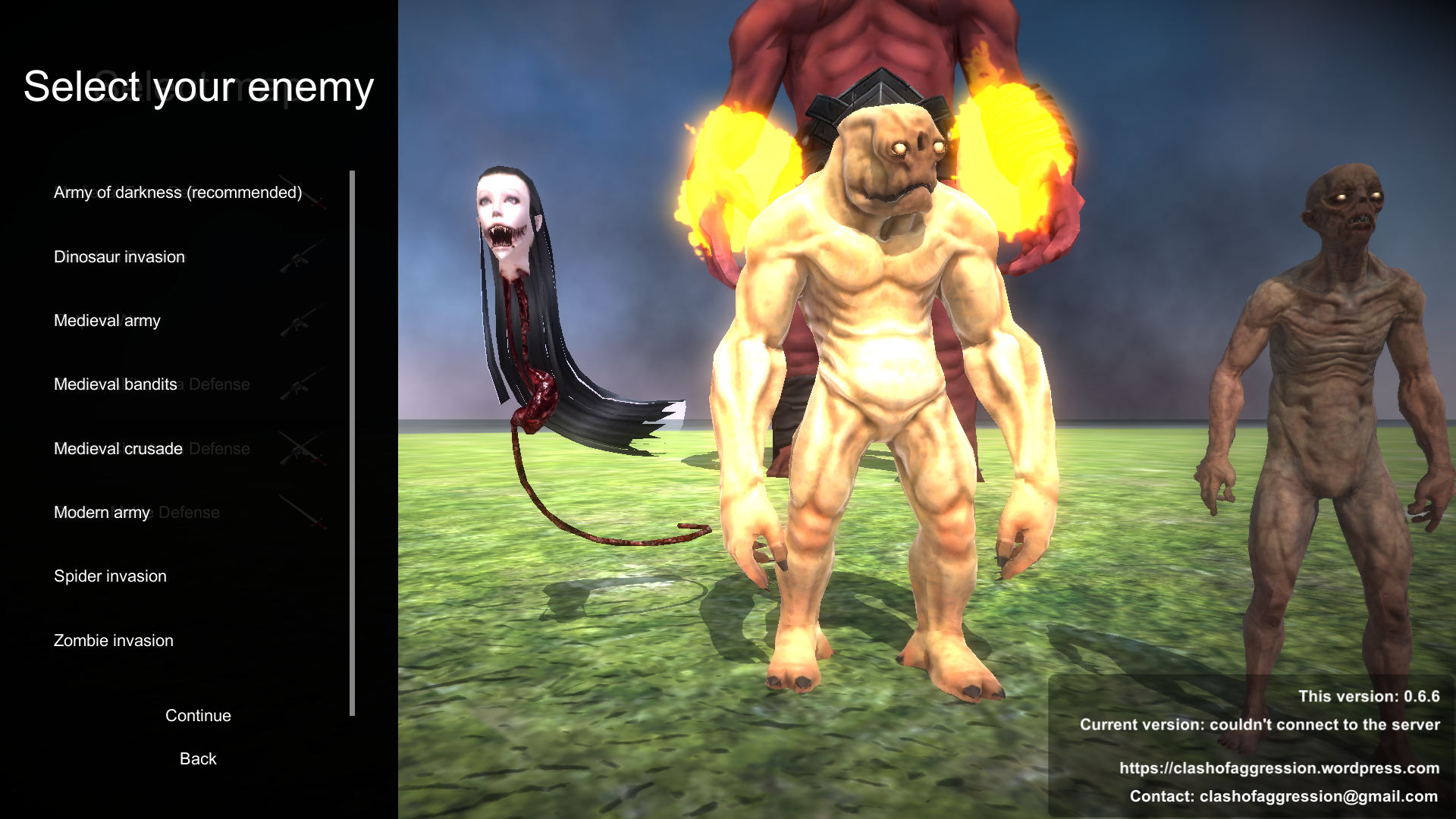 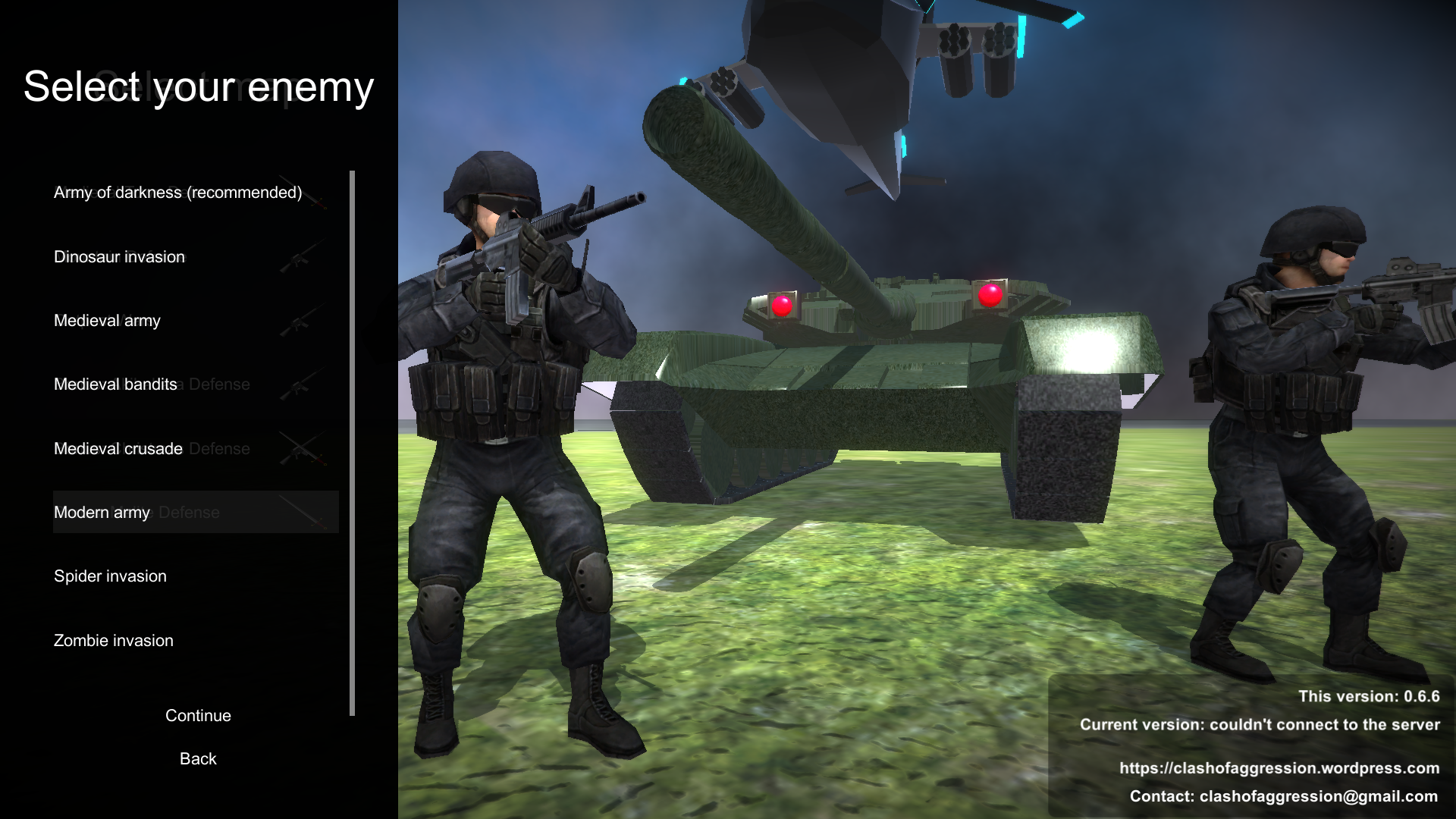 Each map has one or more recommended enemies: the original enemy team intended for that map. If you don't follow it... well, it may be dangerous . Also, before the map selection, you can set the difficulty and the arcade mode: 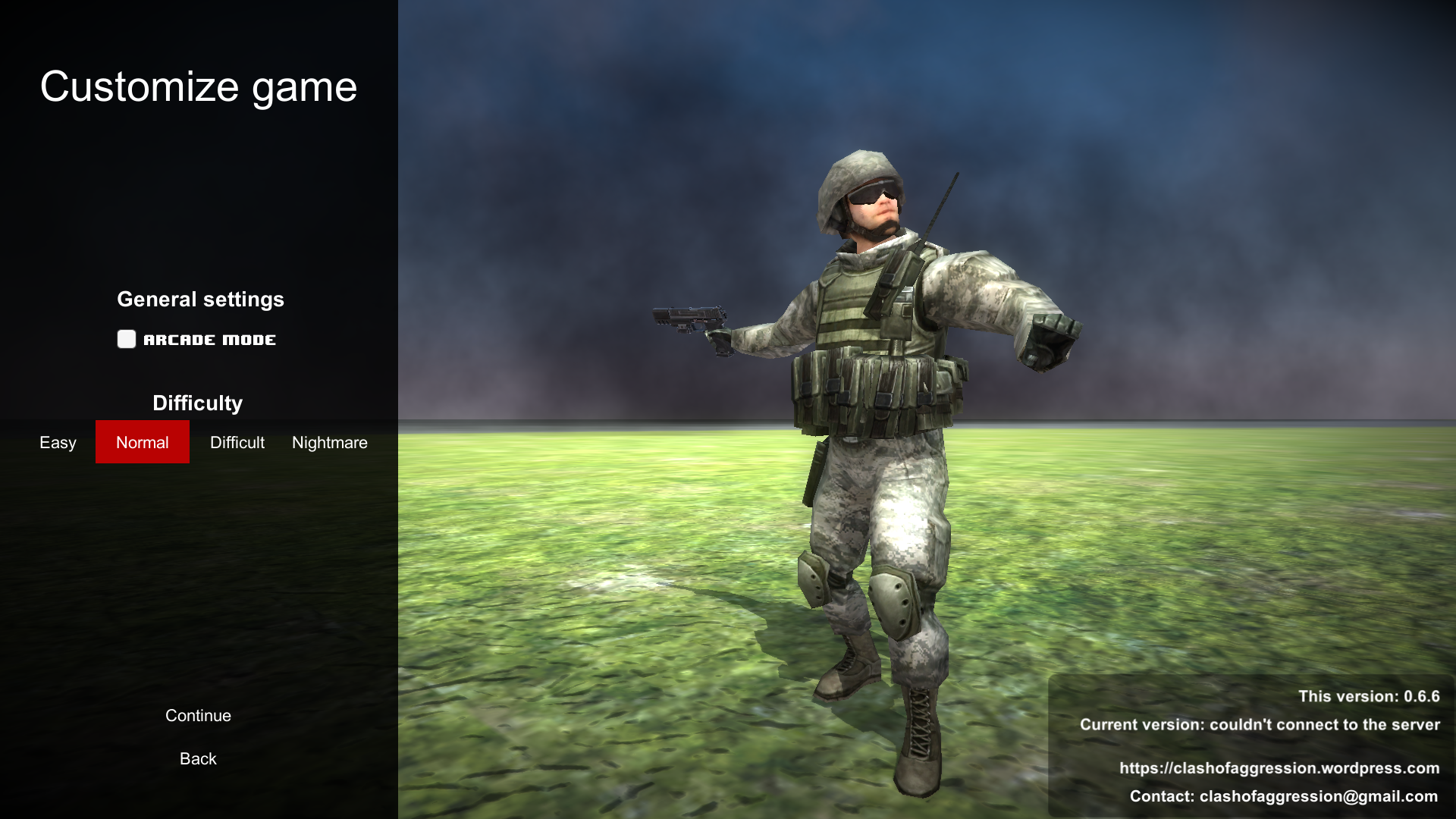 Finally, the network code has been updated and is now using the Mirror library. It has been tested on a local environment (Cable vs Wifi) and on the Internet and it is working better than ever!

Check the changelog for the rest of news!

Get Clash of Aggression